On any given Sunday

I once wrote a blog about my horror at the laziest shoppers in the world, detailing the situation of American shopping cart carnage…..and here I find myself doing it again not a year later! 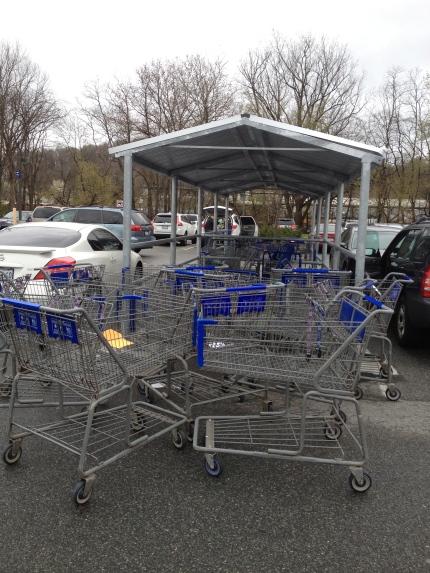 This is the latest….at this shop people actually do walk the carts back to the cart return (ok so not completely lazy then), only to leave them outside the return and looking like a Bangkok traffic jam. It is a new low in public uselessness…

My next outrage, barely a couple of hours later, at the local running track and the “entitled children” with their defiant show of public disdain for anyone but themselves… 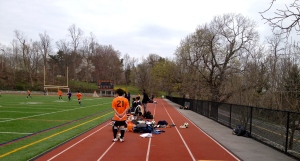 Behold the Soccer team, who think it’s fine to just dump their stuff all over the track so no one else can effectively use it. Well you can imagine after the shopping cart incident, this was not going to go well for me. Consequently I started moving their things off the track to the side, only to be confronted by a parent who was outraged I’d touched his sons stuff. My response of “well clearly I wouldn’t need to if his housekeeper was here” was not taken as funny at all (his mother wouldn’t pick up after him, only housekeepers do that sort of thing in this area) – the Aussie sense of humor is not well understood sometimes…And don’t get me started on the Lacrosse teams, geez they’re as bad, if not worse than the soccer kids, but carry around sticks!

Now the funny part, I’m sure you’ll see it, there in the background, that giant big thing called a SEATING STAND on the other side of the field (the football team have manners, their stuff is off the track and they use the stand to watch). And even if they don’t use it, they dump their stuff on the grass edge of the field. Bring back footy season please, I much prefer those “unentitled boys” who probably do say “Yes ma’am” if you ask them to do something.

Finally, some good news…we actually have a great new Korean Supermarket that stocks everything imaginable. This was my saving grace for the day! 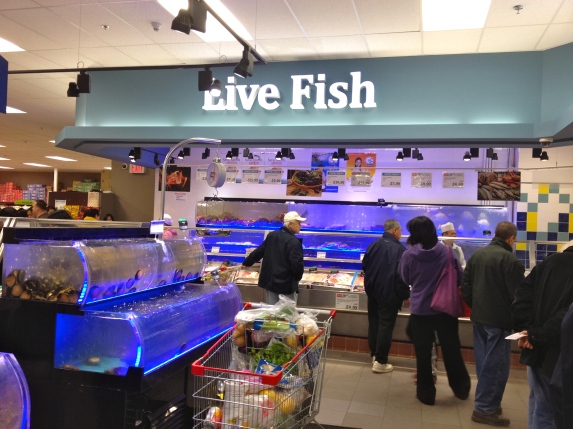 This place even has live fish, I’m in heaven – it doesn’t get any fresher and once again I feel like I’m in Beijing (where no one understands fish being dead already, “Who would buy dead fish? It’s not fresh, you could get sick” they say). They have a point, they also are shocked at the concept of frozen fish…Indeed most Westerners are completely happy to have their fish already dead, filleted, portioned out, and nicely wrapped thanks very much. I, however am not one of them, and love selecting a fish, watching the guy deftly kill it, fillet it and wrap it for me.

I then go home and cook it (in this case fantastic sea bass) and happily enjoy every bite, knowing it was happily swimming until, well, it wasn’t. The only thing better is catching it yourself, but since I don’t own an ocean going fishing vessel, this is not really possible – hang on….the gears are turning….maybe one of the soccer kids’ fathers does though!

1 Response to On any given Sunday